The GBP/BTC trading has a relatively long history, the first exchanges from fiat to GBP appeared in 2011 on the Virwox exchanges. At that time users were buying bitcoins through SLL dollars for GBP then sold it in exchange for bitcoins. Although this option is still available on the market, a couple of options to purchase bitcoins for GBP have been emerged ever since then. 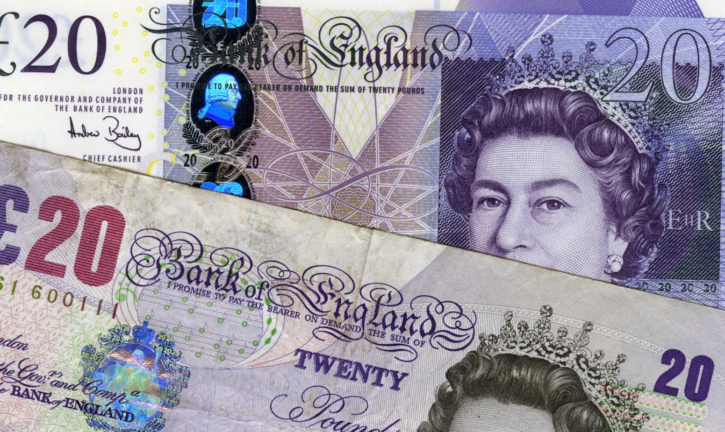 Bitcoin has been very popular in the United Kingdom since the beginning. The cryptocurrency community is very active in London, 50-100 people meet every month since 2012 to talk about the innovative technology in every month. As bitcoin gained more publicity during the price boom of 2013 more and more service provider choose the UK as a headquarter for its business activity.

The GBP/BTC trading activity has a relatively small market share compared to the global trading volume. The GBP denominated bitcoin market has a daily trading volume of 1500 BTC per day.

The pound sterling – GBP – is the official currency of the United Kingdom but is has been used in a couple of other countries as well as local form of money. Sterling is the fourth most-traded currency in the foreign exchange market, after the United States dollar, the euro, and the Japanese yen.

If you want to exchange GBP to Bitcoin there are several options on the market. The biggest market share in terms of the daily trading volume belongs to Bit-x exchange who has been on the market since 2012. On April 4, 2017 BIT-X has undergone a complete redesign and emerged again renamed as CoinsBank. CoinsBank facilitates 55% of the GBP/BTC trading volume. The second largest GBP bitcoin exchange is Coinfloor.

If you want to buy bitcoins for GBP or exchange GBP to cryptocurrencies, you can choose from several payment methods. Exchanges allow you to deposit money through credit cards, bank wire transfers or alternative payment providers. You can even use your PayPal balance to purchase bitcoin if you are using LocalBitcoins or Virwox’s services.

London and the United Kingdom has always been considered as one of the financial hubs on the globe. It is not that surprising that the fintech technological development has been gaining more and more popularity in the country. A significant amount of cryptocurrency business corporation chooses the UK as a headquarter due to the straight and quick company registration process.

Despite the growing interest toward cryptocurrencies, the UK’s government and regulators have been remarkably quiet on the subject of digital currencies. They are examining this subject with regards to consumer protection; the prevention of money laundering, and taxation.

The government of the United Kingdom has stated that the bitcoin is currently unregulated and is treated as a ‘foreign currency’ for most purposes, including VAT/GST. Bitcoin is treated as ‘private money’. When bitcoin is exchanged for Sterling or for foreign currencies, such as euro or dollar, no VAT will be due on the value of the bitcoins themselves. However, in all instances, VAT will be due in the normal way from suppliers of any goods or services sold in exchange for bitcoin or other similar cryptocurrencies. Profits and losses on cryptocurrencies are subject to capital gains tax.

Share your Experiences
One User-Review for Best GBP / Bitcoin Exchanges
Save on your trading & exchange fees: