Civilizations often go through times of change in each sector, which are not always received with open arms by everyone. The traditional becomes a life habit for many individuals and the idea of ​​evolving towards something else can be difficult to accept, such is the case of cryptocurrencies with the traditional financial system. 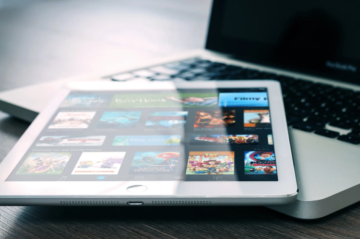 It would only take us a few economic crises to understand that the concept of decentralization was an escape route to experienced financial disasters. For this reason, the arrival of Bitcoin in 2009 would usher in a new era, just like the efforts of those who have contributed to the Bitcoin community.

Bitcoin changed the lives of many people and encouraged others to put their grain of sand on the network, whether from an informatic or economic point of view, which has given rise to large communities, exchange companies and payment systems. The participation of these sectors has made bitcoin grow as a cryptocurrency especially in its price.

Without a doubt those who have contributed the most to the network have been the BTC miners, who have invested large amounts of money in these mining machines designed to solve the algorithms and go through the vastness of the blocks of the network. They’ve even put out movies and documentaries that show the disciplined, daily work process that miners undergo to maintain profitability.

In fact, this time we are going to review these footages that have been made about Bitcoin, from which we can learn one or more things about the world of cryptocurrencies and how it works. Even in the case of beginners in the area, it could be much more effective to watch one of these documentaries than to read a certain amount of pages on the Internet.

Ulterior States is a project / documentary developed by Tomer Kantor and IamSatoshi in which they address the views and ideals of many members of the Bitcoin community. The footage lasts 55 minutes and addresses the mistakes that society has made in the financial sector from a social point of view.

It is clear that society has expressed dissatisfaction with financial institutions through pretenses, slogans and congregations, which is why the appearance of Bitcoin was so important to the financial power of the population. Later States starts from this principle to, through a low-budget production made up of different films, educate people about this new alternative and raise their voices about the disadvantages of centralization.

This documentary took 3 years to produce (2012-2015) and was put together among 135 videos that cover the theme from beginning to end. Multiple people from different parts of the world contributed to the creation of this footage, which means that the message is broadcast on an international scale. Considering that Bitcoin is available to everyone, the message was sent in the best possible way.

The recordings are free to be interpreted by the public in any way and were not only obtained in favor of Bitcoin and cryptocurrencies, but to educate the population about the financial system that we continue to have to date and will continue to lead us to future crises. 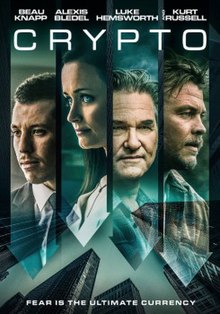 Crypto is a drama film located in New York City and tells a story of an auditor who, on a visit to a bank, discovers a large amount of funds that came from cryptocurrency trading. The plot tells us about finances, stock markets, the advantages of decentralization and the anonymity of crypto transactions and money laundering.

The fascinating thing about this movie is that it creates a fictional story based on facts that we can observe in real life, such as the manipulation of the crypto market by those who have the financial capacity to turn the balance in their favor.

The story revolves around money laundering using these digital assets and is shocking to viewers. This movie was officially released on April 12, 2019 and has a renowned cast, which is made up of Beau Knapp, Alexis Bledel, Luke Hemsworth and Kurt Russell.

This movie has been very interesting for members of the Bitcoin community and movie fans who are aware of the current situation with cryptocurrencies.

The movie has had both good and bad reviews, although it is certainly very enjoyable if you have knowledge of crypto. Furthermore, it is one of the few film projects in this space, thus marking the beginning of what could be a future crypto trend in the film industry. 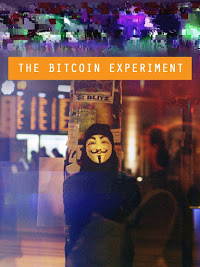 The Bitcoin Experiment is a film/documentary made by Pal Karleson (director) in 2016. Along with members of his team, Karleson would raise the idea of ​​making a foray into Scandinavia and analyzing the social/economic scenarios, in order to determine whether these lands were suitable for cryptocurrencies.

This footage demonstrates how the traditional financial system has excluded people with few economic capacities, while Bitcoin gives them the opportunity to grow.

Although most viewers for these types of films already have an intermediate knowledge of cryptocurrencies, The Bitcoin Experiment is perfect for people who are not yet 100% familiar with the concept of Bitcoin and its technology, as multiple basics and fundamentals about the crypto world.

From the various use cases to the future price of Bitcoin, this film gives us a notion of what these digital assets really mean for the economy and the willingness of society to accept change.

Artist Amund Sjolie Sveen explores the cities of Oslo, Copenhagen, Gothenburg, Stockholm and multiple destinations in Sweden, looking for the possibility of Bitcoin adoption in the short term. During his expedition, Sjolie Sveen manages to meet with members of the crypto community, among whom are professionals who give their point of view on this new trend.

The footage is 40 minutes long and is very interesting to see if you are interested in the world of cryptocurrencies.

The Bitcoin Doco is a narrated documentary about Bitcoin adoption from its earliest years to the present day. The focus of production was focused on explanations on how the concept of cryptocurrency works, which countries were the first to adopt Bitcoin and why it is considered a futuristic financial system.

This footage tells how the speed of technological development has accelerated over the past 10 years, both in physical spaces and in the online world, which paints an even more advanced picture for the next decade.

Furthermore, we can hear in detail about the first movements that the famous Bitcoin creator Satoshi Nakamoto made, at least before he was pushed to disappear forever without leaving any trace.

The Bitcoin Doco is made up of several segments, among which we will be able to see an introduction about Bitcoin, the work environment for network initiatives and developers, the mining process and how it works, blockchain, the financial future and other aspects that the cryptocurrency boom involves.

Life Inside Secret Chinese Bitcoin Mine

Life Inside a Chinese Bitcoin Mine is also a BTC documentary but it focuses more on how the mining process is carried out at a major mining machine facility in China. This production gives us a tour of some Bitcoin mines located in an isolated rural area in northeast China, which belong to a hermetic group of 4 entrepreneurs.

Since October 2014, these facilities have been able to generate up to 4,050 BTC per month, equivalent to USD 36,450,000 according to the current price. During the documentary, they revealed that the computing power of this BTC mine represents 3% of the entire Bitcoin network, making it one of the largest in the world.

The footage shows us the routine of the mine workers and the insights of one of the owners, who talks about the importance of BTC investments at this time.

Although the lifestyle of workers in the mining sector do not have a very exciting life, they receive much higher salaries than that of an ordinary worker in any other company, and they also have certain comforts so that they can make a living in their workplace. Besides having deep knowledge about computers, these workers are taught about crypto and blockchain to fully understand the concept of what they are doing.

Save on your trading & exchange fees: